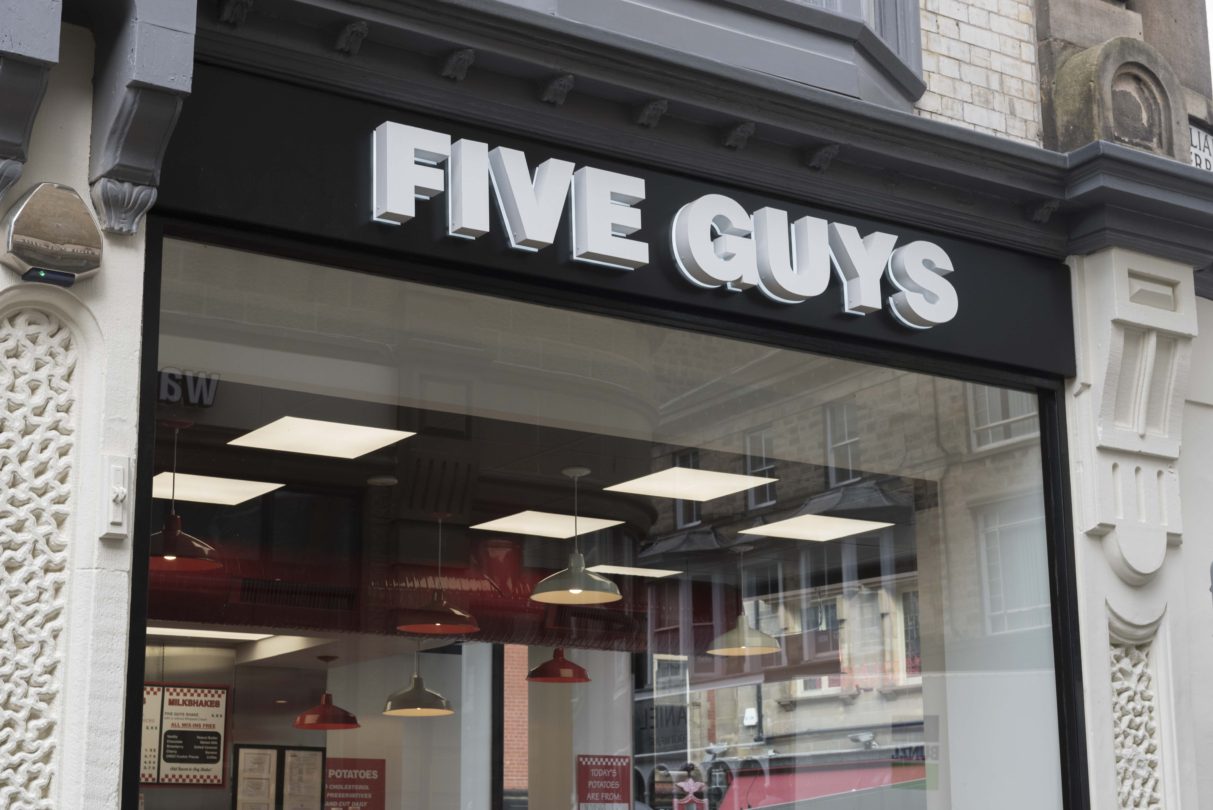 American burger restaurant Five Guys is the fastest growing food chain in the US. Between 2012 to 2015 the company expanded from five US sites to 1,000. Five Guys launched into the UK market in 2015 – which is when BioClad came on board to revolutionise the restaurants’ hygienic spaces using antimicrobial wall cladding.

With the UK burger market valued at over £3bn, and predicted to rise to £3.9bn by 2019, 43 UK sites have already popped up – all featuring BioClad.

Five Guys moved into the European market in 2016 with the launch of its restaurants in Paris and Madrid. All restaurants were installed with white antimicrobial wall cladding including Five Guys Disneyland Paris.

Jonathan Cope, Five Guys UK Head of Construction said: “Having had BioClad antimicrobial wall cladding installed in a large number of Five Guys restaurants we’re really pleased with its high-quality performance and their excellent customer service. We are looking forward to continuing this throughout our European role out campaign”

Harnessing the Benefits of Antimicrobial Cladding

BioClad’s antimicrobial PVC wall cladding harnesses the benefits of built-in antimicrobial protection. This silver-ion technology reduces microbes by 99.9% in just two hours – with an 80% reduction in the first 15 minutes.

Five Guys started out in Arlington, Virginia back in 1986. Five Guys is named simply after five brothers who set up the company after their parents advice: “Start a business or go to college”. Their business model was simple too: Burgers and fries – cooked to perfection – and that’s it. And the five brothers upheld their father’s philosophy: “To perfect and serve.

The business philosophy is proving popular. Another seven sites are confirmed for 2017 with nine more in the pipeline – all of which specify BioClad antimicrobial wall cladding. Seven more sites are planned in France, while Spain is set for another four Five Guys restaurants in 2017.

Find out more about BioClad’s hygienic wall cladding and specify it on your projects today.